As if I’m Crazy

When a  successful young artist named Benjamin is involuntarily committed, he is completely baffled, for he doesn’t remember anything about what happened. Life in the psychiatric institute is violent and absurd, but step by step, Benjamin seems to come to grips with himself again. He starts to realize how narcissistic he used to be. When he is released and meets up with his old friends, he is confronted with yet another truth.

Based on the novel by
Michiel Stroink (Meulenhoff) 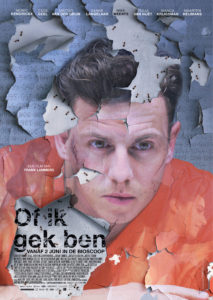