A sturdy flight attendant has to deliver a child in mid-air on a flight to Bucharest. In the aftermath her cabdriver collides with a fifteen year old boy who lives in the tunnels under the city. They get involved in a confusing mother/lover relationship.

Watch In Blue on demand via iTunes and Google Play. 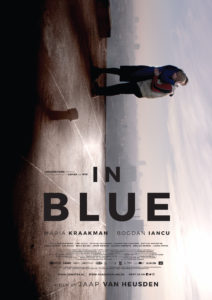