Fourteen-year-old Sietske was taken out of her mother’s custody at the age of seven. Since then, she has run away from 39 foster homes, because she refused to accept the fact that she can no longer live with her mother. Sietske has spent the last 18 months in a youth detention facility. Soon, the day will come that she will be allowed to go outside.

Let me go home is a short youthdocumentary of Chiel Aldershoff, produced by IJswater Films in coproduction with the NCRV, developed for Kids & Docs workshop 2008-2009. 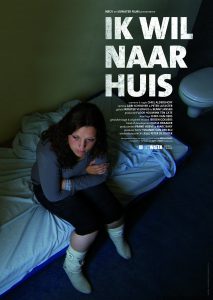