The Heart of Hadiah Tromp 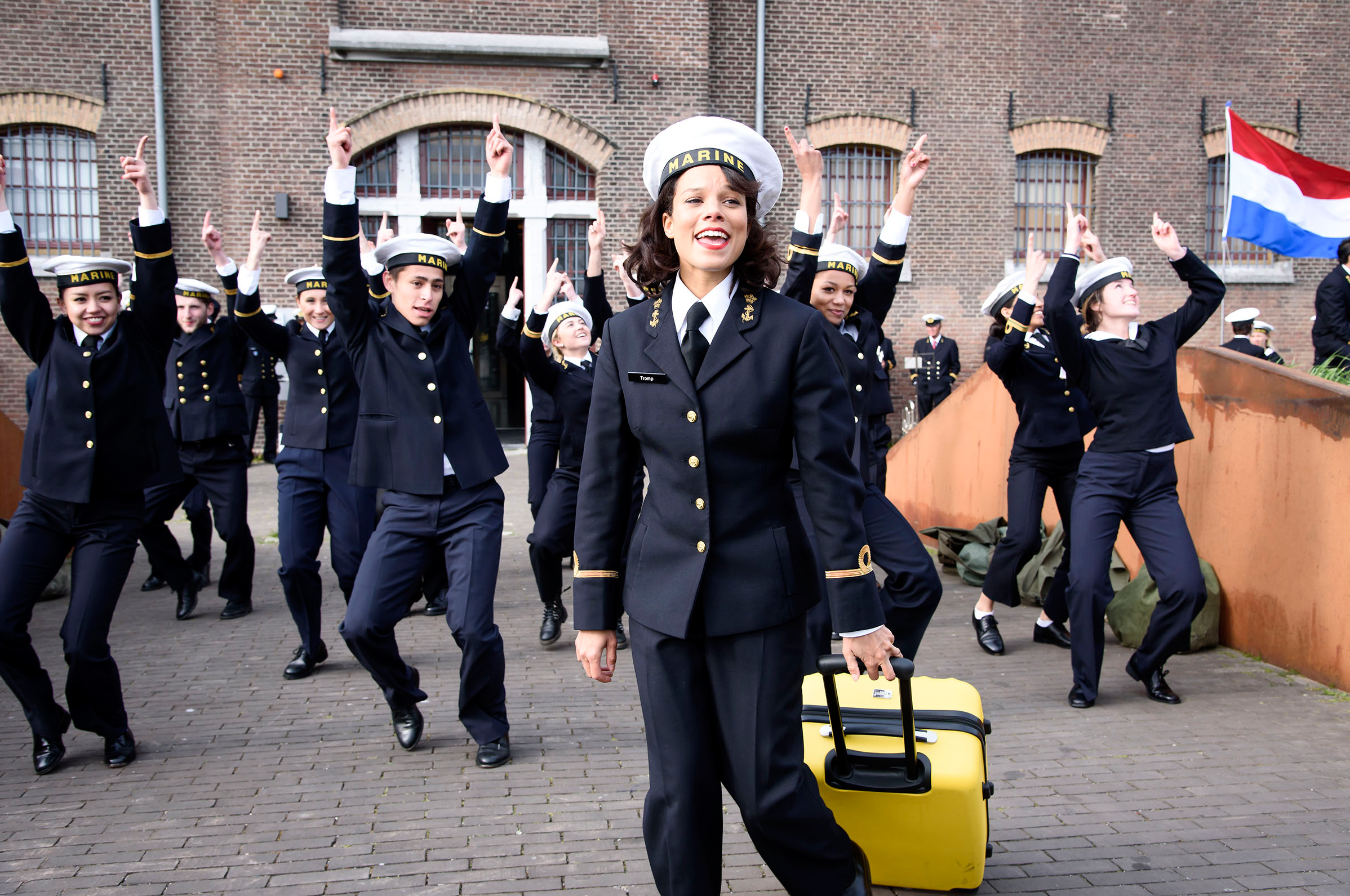 The Navy was serious business, until Hadiah Tromp came aboard…

The quirky Dutch-Jamaican Hadiah Tromp (21) is the daughter of Navy officer Tromp, who believes his daughter is a perfect fit for the Navy. But Hadiah doesn’t like her Navy training. She prefers to stay at home and listen to her collection of old Ska records. When her boyfriend cheats on her, she decides to finish her Navy training. But Hadiah has difficulties feeling at home in the disciplined and closed environment of the naval frigate and she has constant collusions with the handsome but stern Sergeant Major Paul Borremans. Can the impulsive Hadiah stand tall in the Navy world full of rules? Or is she forced to leave the ship early?

Click here to watch The Heart of Hadiah Tromp online