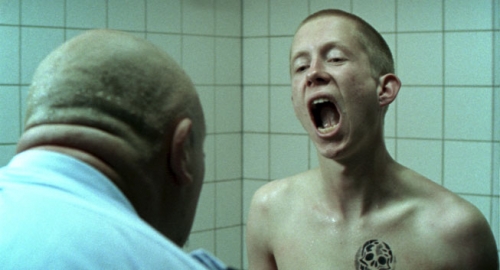 Holland, late seventies: Frankie (18) is the son of Simon Epstein, an Auschwitz survivor. Just like his friends, he likes to hang around, to go out and, above all, he is in search for identity. He wishes he could sympathize with his father but Simon is too busy struggling with his traumatic past to be available to his son. Frankie’s mother, Anna, is the only person able to bring father and son together. Her brother, cabdriver Henk, is also trying to help in this process. When Anna is hospitalized and finally dies of cancer, Frankie definitely turns away from his father, who once again is unable to set aside his own suffering and to deal with the situation. Frankie finds refuge among a group of Dutch Neo Nazi-skinheads he has become acquainted to as a consequence of his nightly adventures. They offer him recognition, a clear position towards his father’s history and a set of manly values, all of which Frankie embraces under the form of a shaved head, a tattoo and a knife. One night, during a fight, Frankie stabs a Dutch-Moluccan boy, who bleeds to death. Finding himself in youth prison, Frankie is stigmatized for his deed and supposed racist appearance. After an emotional meeting in prison with his father, Frankie gets into a fight with a cellmate, a colored kid, who is stabbing him with a knife. 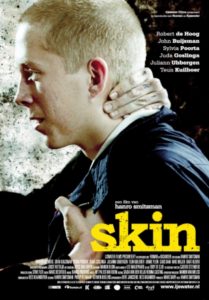