The daughter of a mother who wants to die, a disabled soccer player, a family man with a double life, a hip couple in their thirties and a broken family with an autistic son. They all live in one city. And in the next 24 hours, they will be more connected than they think.

A painful and loving look at the complexity of loneliness in the Netherlands. LOTUS is a rare cinematic experience that challenges audiences to question their own loneliness and that of others. Diving headlong into the harsh individualistic reality of a big city, this film investigates fear, loneliness and love from multiple perspectives. No one seems safe in the battle for happiness. And no one is immune to the hidden pain of individualism and anonymity that causes loneliness and changes lives.

The film LOTUS, developed under the working title FUGA, is made possible by the low budget film stimulation plan De Oversteek IV, supported by the Dutch Film Fund, CoBO fund and Mediafund, in co production with the VPRO and contributed by the Rotterdam Media Fund.
Joris Smit was nominated for the Golden Calf for Best Actor during the 2011 Netherlands Filmfestival. 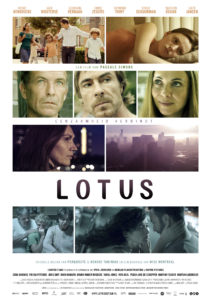